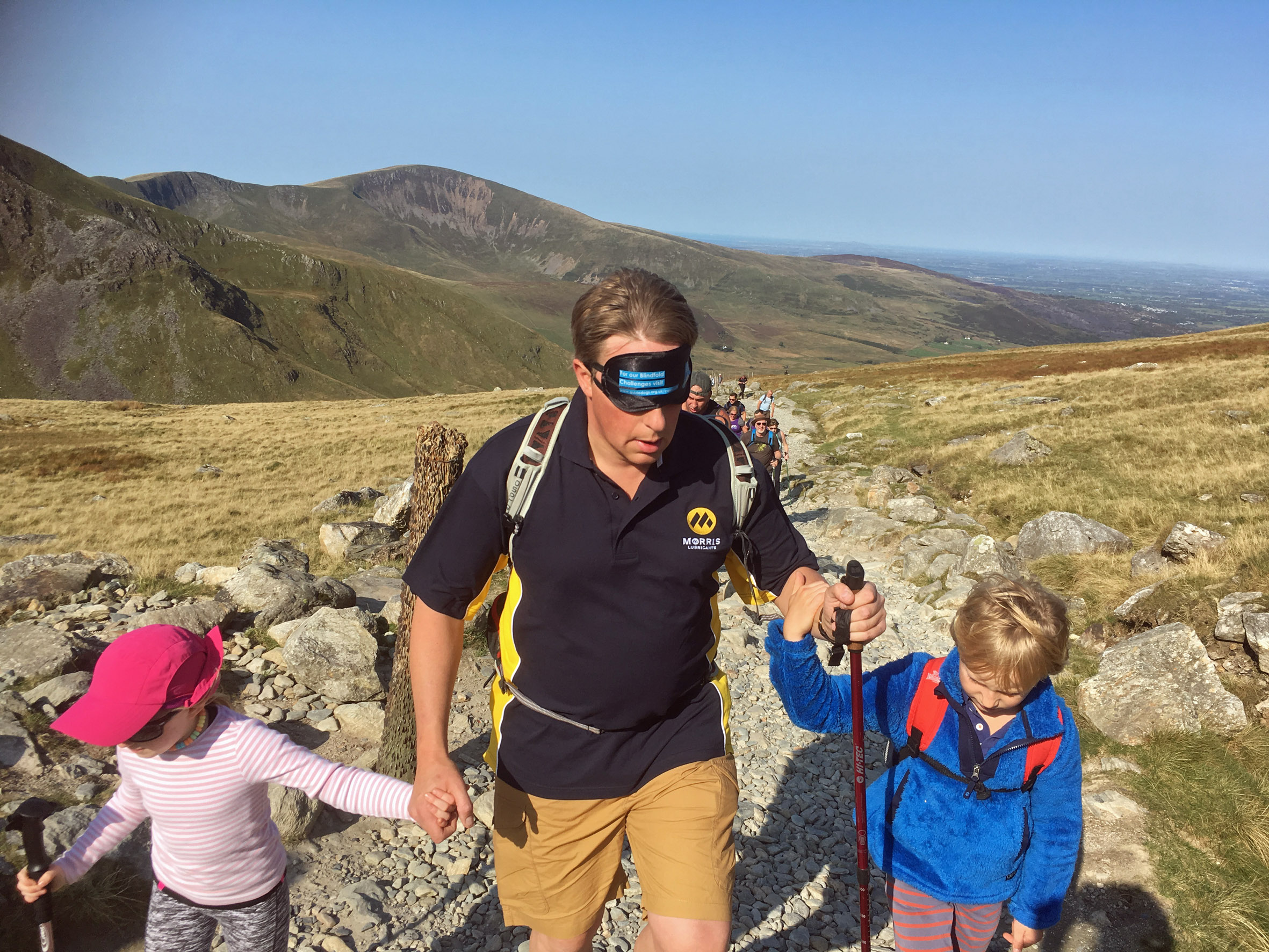 The executive chairman of one of Europe’s leading family owned lubricants companies has achieved his goal of climbing Mount Snowdon blindfolded to raise money for Guide Dogs for the Blind.

Andrew Goddard took on the big challenge to help Shrewsbury-based Morris Lubricants towards its £10,000 fundraising target to pay for the training of a guide dog puppy.

He rates it as one of the toughest challenges he has taken on in his lifetime. “It was very hard work and, having never climbed Snowdon before, I was glad to have had a blindfold on,” he joked. “I just kept going to get to the top.

“I have climbed Ben Macdui, the second highest mountain in Scotland, but this was a much harder climb with the added handicap of not being able to see where I was going. It’s very disorientating and you rely totally on your other senses.

“I can understand how dependant blind people must be on guide dogs to assist them. Not being able to see is very limiting.

“It’s a great sense of achievement to have done it, but I must confess I was worried about the challenge when friends kept telling me how hard it was going to be and they were not wrong.”

Andrew was joined by his wife, Sarah, sons William and George and dog Bramble on the challenge as well his brother and sister-in-law Edward and Vicky Goddard and work colleagues.

In total the challenge has raised nearly £5,000 and Andrew is hopeful that other fundraising by Morris Lubricants and sister companies Morris Leisure and GB Lubricants will hit the £10,000 target by the end of the year.

With this year being Morris Lubricants’ 150th birthday, staff are pulling out all the stops to make fundraising a success, with successful raffles, competitions and a charity football match already held.

Morris Lubricants has signed up for one of the Guide Dogs for the Blind’s ‘Learn’ packages, which involves adopting and naming a guide dog puppy and funding its two-year programme of training and development. The name chosen for the company’s adopted guide dog is Morris.

A Just Giving online page has been created at www.justgiving.com/fundraising/blind-summit-challenge  for those wishing to support the fundraising.