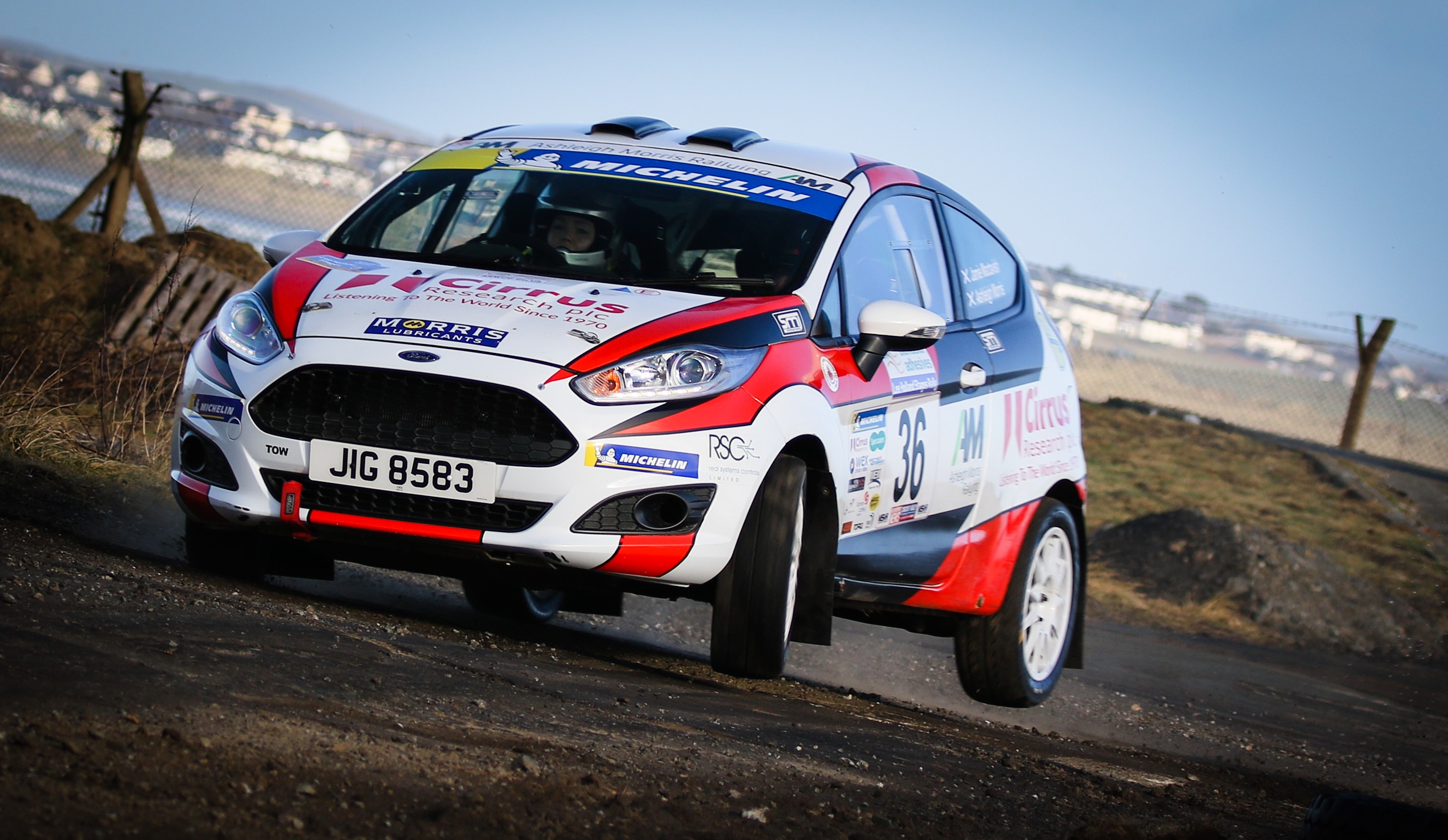 "I don’t ever feel fear in a rally car”

Rally driver Ashleigh Morris loves wearing a Morris Lubricants beanie hat – handy when ice driving in Finland – but her approach to competing is far from soft and fluffy. This season the Morris Lubricants racing ambassador is taking her career to the next level, and wants other female drivers to do the same

The car launched into the air, rolled three times and hit the barrier. It was a dramatic retirement for Ashleigh Morris when she clipped a tyre on Knockhill’s Arnold Clark chicane during 2018’s Motorsport News Circuit Rally Championship, but recovery meant one thing – putting in more seat time.

“I don’t ever feel fear in a rally car, if I did it would hold me back. My biggest fear after was that I wouldn’t do well in the next event and that it would affect my driving, but now, not knowing when I'll be able to compete due to the coronavirus pandemic is one of the toughest things.”

"It has had an unprecedented effects on championships globally, we are not only living through a significant moment in history, but in motorsport history too."

In 2019, the Scottish-born driver made a formidable return to the MSN Rally Championship at Knockhill, securing a class B win, finishing 15th overall and beating much faster cars in the class above. To maintain momentum, she then found a new way to take her skills to the next level.

“It helps to identify areas of your driving which you need to work on as you can’t get away with any mistakes on that surface. It was a lot of fun, with a few spins, but I learnt a lot of new techniques.”

Going to this extreme paid off. In March, heavy rain at Donington during the MSN Rally Championship gave Ashleigh the opportunity to exercise her talent in testing conditions, and with the coronavirus crisis escalating, measures had to be taken to make sure it was safe for everyone involved.

"We passed the two cars who started ahead of us on stage one, finishing that stage just one second off the class leaders over a nine minute stage. We were delighted to finish 2nd in class, which also secured us 2nd in Class B in the Championship and 9th overall - my highest finish to date in the overall championship." 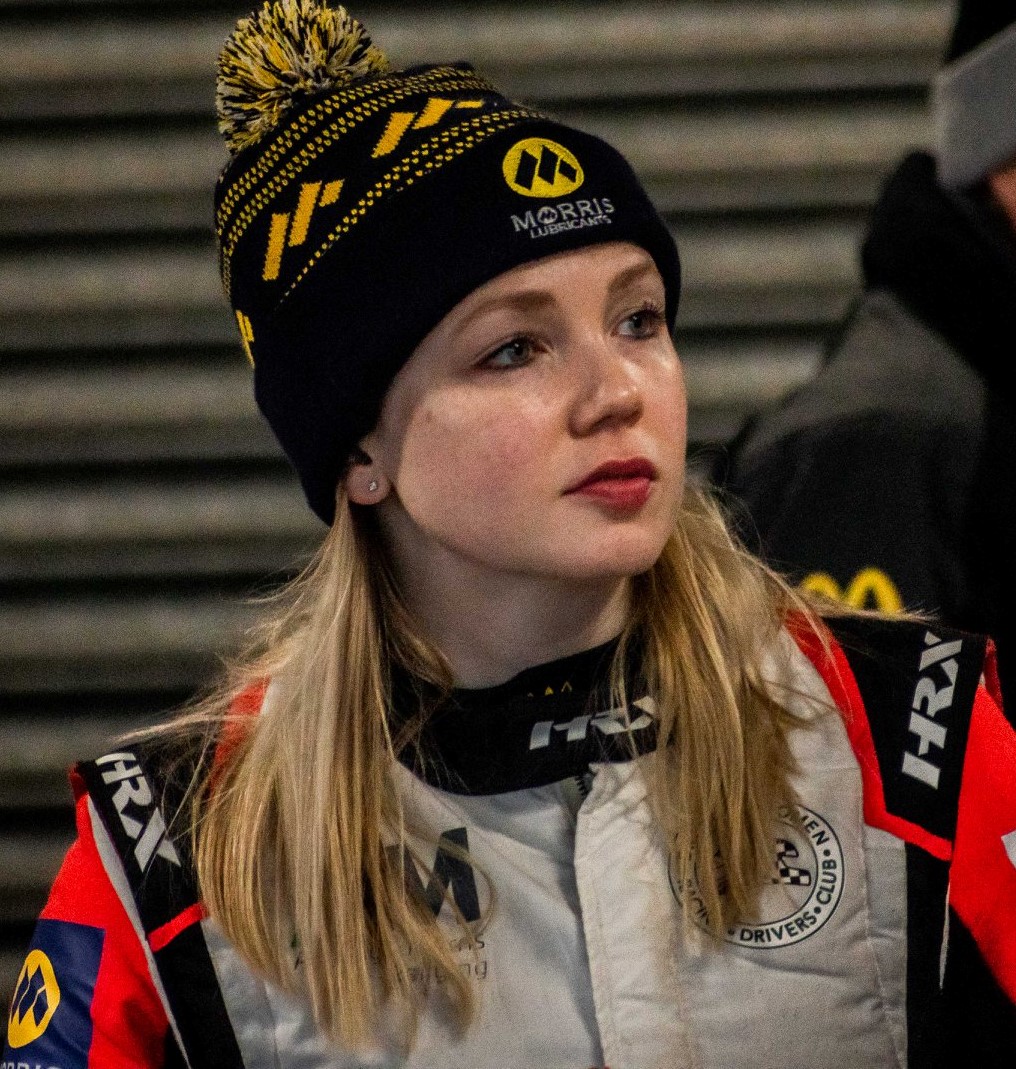 “The race organisers put sufficient measures in place to allow it to happen - for example by emailing competitors instead of holding a competitors' briefing on the morning of the event."

Just over a week later, Ashleigh was readjusting to life in lockdown, and dealing with the disappointment that Donington could have been her last rally of 2020.

So far, three events have been cancelled - Ashleigh's closed road rally debut at the North West Stages, Clacton in April and the Jim Clark in May.

"This year, the organisers of the North West Stages had 100 entries in 11 minutes so I felt really lucky to have secured an entry. I was ready for the challenge, but we had no idea how bad coronavirus would become and how many events it would effect. I hope we will be able to compete later in the year, but at this stage I don't know."

Ashleigh and her team have devised a plan B, which includes bringing forward the rebuild of her Ford and adapting her rally prep routine.

"Nothing comes close to the time in the car, but I'm doing what I can. A lot of racing drivers are training on simulators, but unfortunately I don't have one at home so I've been watching as much of my onboard footage as possible, and that of others to see what I can learn. I've also been looking at my pacenotes and recce DVDs."

With an uncertain season ahead, Ashleigh is not only drawing strength from her co-driver "we win and lose together, and we've been keeping in touch on a regular basis," but also Morris Lubricants.

"Morris Lubricants are continuing to support me by promoting our ongoing partnership on social media and their website," she says

"It’s vital that we work with partners who can supply the best products to keep the rally car in the best condition. It can be quite intense, with events every other weekend, so we don’t have a lot of time in-between rallies. Working with Morris Lubricants allows us to change the oil after every test or rally. They used to support the Drive DMACK Fiesta Trophy featuring Fiesta R2 cars so it’s great that they have knowledge about the type of vehicle that I drive,” says Ashleigh, a member of the British Women Racing Drivers Club.

Keen to see the balance of men and women in motorsport equalise, and encouraged by initiatives that are designed to get more women involved, including Dare to be Different and the new W Series, Ashleigh has reservations about female-only races.

“I don’t agree with series just for women, we are capable of competing alongside men and should be encouraged to do so. I can see the appeal of W Series for the women involved, it gives them a year’s racing fully funded and a global platform to promote themselves, but hopefully they then go and compete in other mixed series.”

“Outside the sport, when I tell someone I’m a rally driver I’m often met with surprise or disbelief, such as ‘You don’t look like a rally driver?!’.”

“Being female makes us stand out and puts more pressure on to deliver a good result. I’m not just there to make up the numbers and I want to prove that to change the perspective on women in motorsport.”

What would you like to tell motorsport fans during this tough time?

Try to stay positive. It's disappointing that there's no motorsport for the forseeable future but the important thing is that we get through this together so please stay safe at home. There is a lot of great content online and a real community spirit to help everyone in motorsport get through this.

Describe yourself in three words

The beanies! They look great and a lot of people have commented on them, and they also keep us warm between stages. We’re currently competing in a winter rally championship and it gets pretty cold up at Knockhill!
What tips do you have for other women who want to get into motorsport?
Join your local car club to find people in your area who are involved and can help. Try going along to events too and speaking to competitors – I often get contacted on social media by people wanting to know how to start, and I’m always happy to help, as are other competitors. Motorsport UK, the governing body for motorsport in the UK, have an FAQ section on their website which could help: https://www.motorsportuk.org/get-started/faq/ Above all though – don’t give up and don’t let anyone tell you that you can’t do it!