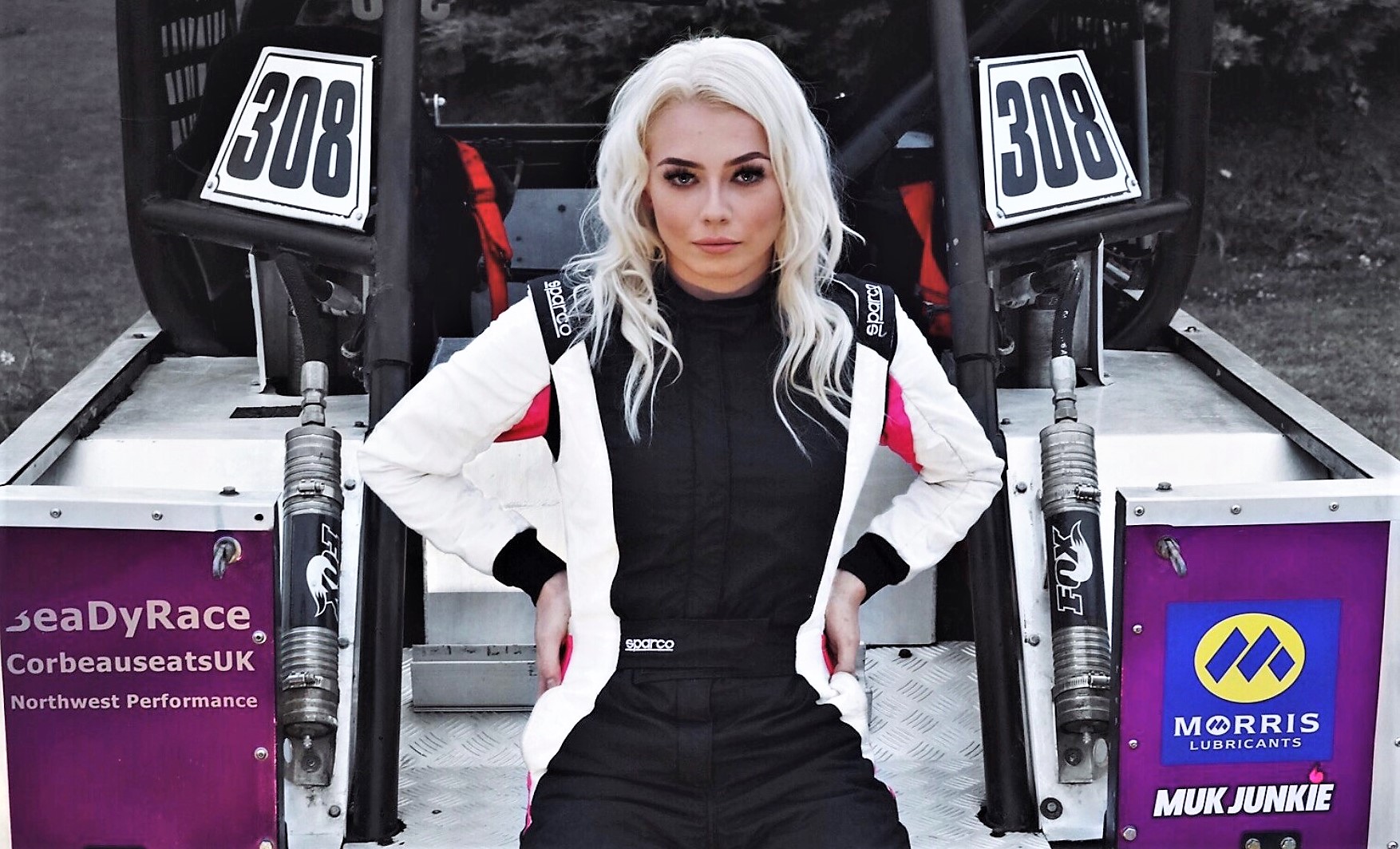 Ambitious and part of the family, Morris Lubricants racing ambassador Chloe Anna Jones on her failure recovery secrets, finding support in the motorsport community, sweetest triumph and the challenges that lie ahead

“Sometimes you forget you do the sport because you love it, not because you have to,” explains 20-year-old cross country rally driver Chloe Anna Jones.

“Failure really hurts sometimes, when something goes wrong during the first lap, or you have to spend hours digging your ride out of a desert sand dune. My normal procedure is to have a cup of tea and cry it out, but then I give myself a pep talk and try again.”

Though admirable, not giving up can come at a cost. Last year, Chloe was hospitalised after pushing herself through 48 gruelling hours of competition at the British Championship - despite feeling unwell before she started.

“I put it down to nerves because it was an important event. I was running on pure adrenaline, and took 2nd in class, but spent the following five days in hospital battling it out on morphine. It was the biggest lesson of 2019 - learning how to look after my health. It’s such a key element for athletes, I’m always in the gym trying to build myself up.”

With her British Cross Country Champion title to maintain, Chloe already has a challenge set for the year ahead, but finishing her Motorsport Management and logistics degree is top of the agenda. The 2018 Hill Rally Championship winner believes education is key to her success. 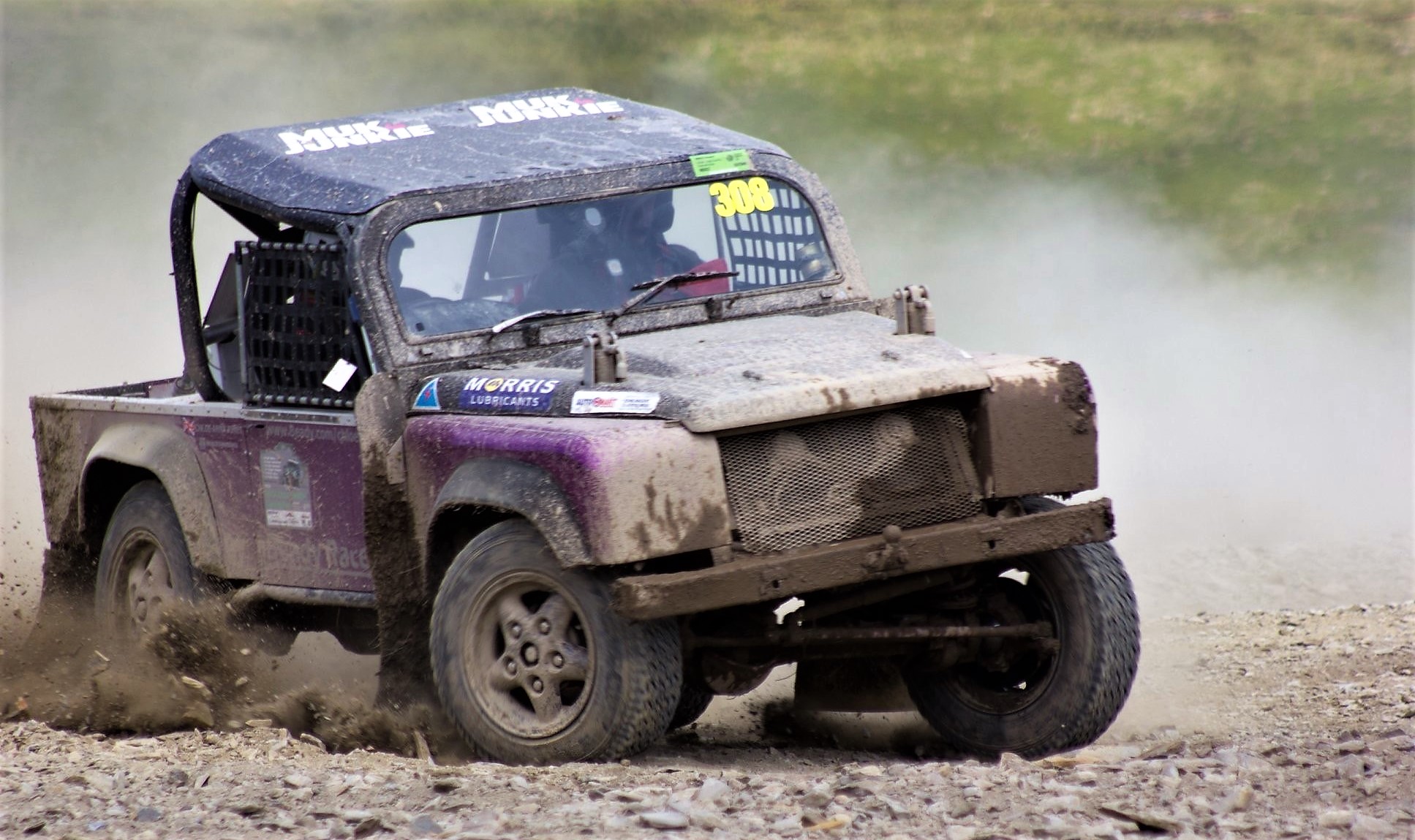 “I like to know the ins and outs of a product before I use it,” she explains. “I can put 100% of my trust into Morris Lubricants because when I need advice they have the best specialists to talk me through it. They educate me about why it should be used, and how it will help get that little extra performance out of everything.”

Despite the competitive nature of racing, Chloe believes it’s vital to share her experiences with Morris Lubricants products with other teams.

“When someone tells you their car is performing better, or the reliability has improved because they are using different oils, you’d be silly not to check it out,” explains Chloe.

“We’re all here because we have a love for engines and speed. As racers we always take advice from other racers, but they’re not just competitors, they’re your friends. They’re the people that lend you their last spare part because you’ve broken down and they want to see you finish.”

At the tail end of 2019, Chloe was kicking up golden sands as co-driver to Mark Powell at the Dubai International Baja, where she came 9th overall and 1st in class. It was one of the best, and most surreal moments of her career so far.

“At that moment I had to pinch myself. I cried because I knew I had finally made it. To be honest I still get the ‘wow, is this actually happening’ every time I get in the car, the feeling doesn’t go away because I’m so lucky I’m able to do what I love.”

Chloe has no doubt that her partnership with Morris Lubricants has given her career enhancing exposure, which she hopes will inspire other women to get involved with motorsport.

“I hope other woman will see my journey, and see that it is possible. The sport is opening up very slowly with woman championships, but I think it’s down to the competitors to make it friendly and to make them feel accepted.

“It’s a hard journey, earning respect is a lot harder because you’re a female in a man’s sport, but don’t give up. Use it to your advantage, but remember who you are.”

It’s no secret that the Dakar Rally would be Chloe’s ultimate win, but would it be her last?

“Its so hard to imagine how I’d feel, I’m sure exhausted would be one. It’s been a dream since I was a kid, but I’d imagine in that moment I’d think I just made seven-year-old Chloe proud.

“I would never set myself a new goal outside of the sport, but many Dakar competitors say you get the hook, year after year you want to go back and do better. I’d probably end up setting myself a goal something crazy like win it five times.”