A Season of Experiences for Dave Jenkins 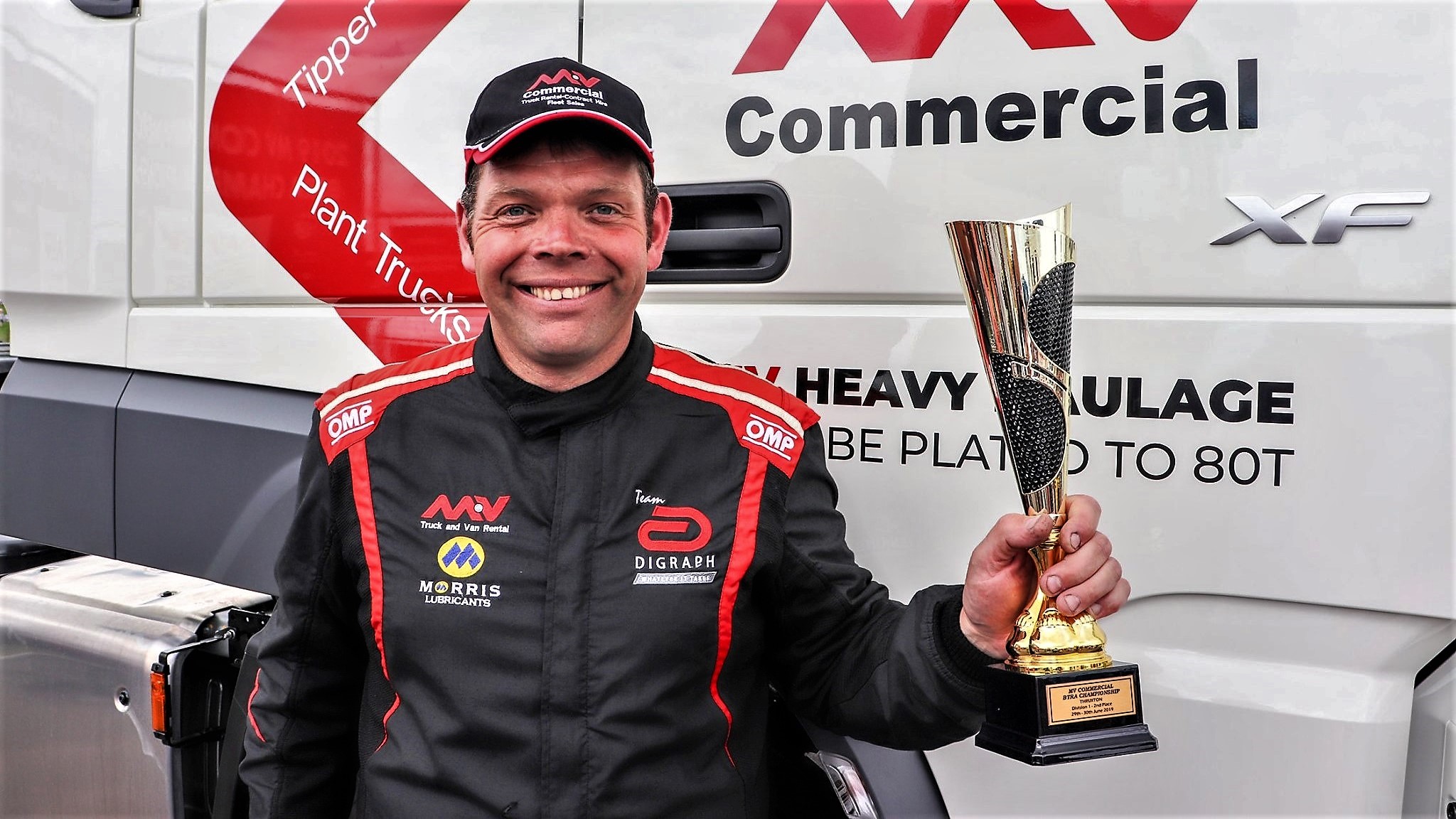 A Season of Experiences for Dave Jenkins

Following a successful season which secured him second in the British Truck Racing Association (BTRA) Class 1 championship, Morris Lubricants-backed truck racer Dave Jenkins is already raring to go for next year, hoping that the momentum of a successful season will carry him into first place for 2020.

The truck racing season saw 32 races spread over eight weekends, with famous British circuits such as Brands Hatch and Thruxton joined by Germany’s Nürburgring. Throughout the season, Dave was in the title fight, taking multiple wins, pole positions and fastest laps in his Morris-backed Team Digraph MAN TGX 12000.

Out of the box

“We got off to a brilliant start, pole positions, fastest laps, in both the first two weekends and we were in the hunt for the championship at the beginning of the season,” says Dave. “We lacked a bit of momentum in the middle part. Both Nürburgring and Donnington were not great rounds for us in terms of scoring points. Then we went to Snetterton and had a brilliant weekend with wins and fastest laps, and at the three-quarter stage we were within 12 points of the lead again.”

However, in a championship where consistency is critical, with just a one-point gap between finishing positions, a late-season race retirement put paid to championship contention.

“At the penultimate event in Pembury, we got tangled up with another driver. It was a racing incident, but a piece of bodywork came up underneath the truck, sheared a front brake supply off and two corners later I had no front brakes.

“Thankfully it didn’t result in a catastrophic crash, but it did mean I recorded a DNF in that race. That left us trailing the championship by thirty points with only one race weekend left. That was the turning point of the season and meant I went into the Brands Hatch event looking really to consolidate second place in the championship. We couldn’t give up though, in case [eventual champion] Ryan Smith encountered any issues.’

Three podiums from the final four races at brands Hatch were not enough to overturn the points deficit, however. ‘We were at least able to show that had we not had the DNF, the end-of-season result might have been different, and at least we were still in the fight. But it’s the points loss that cost us,’ Dave says.

“So, it was a strong beginning, and a good end, but ultimately just not enough to take the title.”

In a season so closely contested, it was the first turns of the wheel in anger in April and May that Dave picks out as his best performance.

“The pole positions at Brands Hatch and Pembury at the start of the season were the highlight for me,” he reminisces. “When you qualify on pole position and start the first race of the weekend on the front row of the gird, it sets you off on the right foot.

“To come out from the winter and go straight to Brands Hatch with no testing and get pole position on the first run out was a perfect feeling at the start of the year.”

While a second-place may be slightly disappointing for a former champion, 2019 adds another year of experience to Dave’s CV. Both he and the team are hoping to carry the momentum gained from the positive finale into next season.

“We have some technical changes planned for the truck and hope to do some testing over the winter. We will come right back out fighting,” he adds. “We go racing because we enjoy it, in a strange kind of way it is relaxing, getting us away from normal work. But you also want to do well, and when you’ve been near to the top for so often as we have, and when you’ve won the championship previously, anything less than that can be a bit of a disappointment, and it pushes us to do better.”

Dave also used this year to adapt to a new role, becoming less ‘hands-on’ with his truck and concentrating mainly on the driving. “I’m getting older, I’ve got family commitments, additional work pressure, it’s harder work than before preparing for an event than it used to be,” he says. But I’m supported by a very able and very willing team, which has allowed me to step back a bit from the engineering side of things this year and concentrate on the driving, although I still have been involved in the mechanics at some point this year!”

Dave has been backed all season by Morris Lubricants, a relationship that has seen him become a brand ambassador for the Shrewsbury-based company, promoting its range of heavy-duty oils, fluids and lubricants as well as getting involved with fellow ambassador Guy Martin on some projects.

“Morris has been brilliant this year. We’ve had great interaction from them and their guests. We’ve been proud to represent Morris Lubricants, as we always have been and long may it continue,” he concludes.